National currencies fell, cryptocurrencies rose, and other asset classes were mixed. The week's biggest moves were all in commodities, as coffee lost 7.2% and copper gained 5.6%. Other strong performers were Ethereum and the HUI gold stocks, which added 5.1% each.

The US and Canadian Dollars led the way lower for the national currencies, falling 1.7% apiece. The Chinese Yuan outperformed, declining 0.6%, as did the British Pound Sterling (not in table) which gave up just 0.2%. Short term treasury notes moved in line with USD cash, dropping 1.7%, but long term treasury bonds rose 0.2%.

Gold stocks dominated the equities, rising 5.1%. The only other index in the black was the S&P 500, which added 0.1%. The Japanese Nikkei dropped the most, giving up 1.0%. The Dow Industrials closed down 0.7%.

As mentioned earlier, most of the week's fireworks were in commodities. The metals were all up, led by copper and silver, which rose 5.6% and 2.4% respectively. Coffee dropped 7.2%, the week's largest loss, while crude oil fell 1.9%. 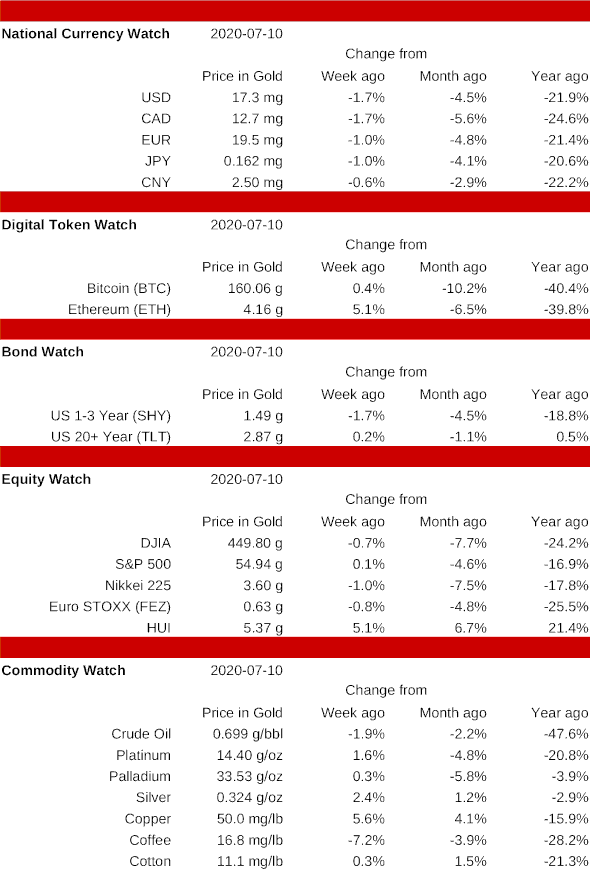