Currencies, bonds, and major stock indexes moved higher, while cryptos and commodities were mixed. Cotton and the S&P 500 made the largest gains, rising 3.7% and 3.0% respectively. The biggest losses were in Coffee, which fell 5.8%, and Bitcoin, which dropped 5.0%.

Gold stocks were this week's only equity loser, sliding 0.6%. The S&P 500 saw the largest gains, rising 3.0%. The Nikkei rose the least of the major market indexes, adding 1.4%. 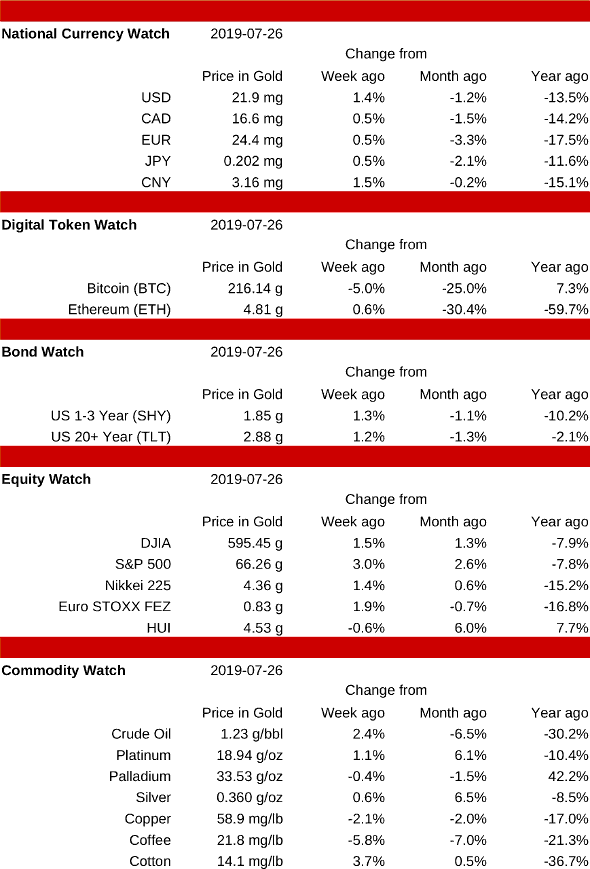