Cryptocurrencies continued to rise this week, but other asset classes were mixed. Ethereum soared 24.5% and Bitcoin gained 5.5%. The largest losses were in coffee, which fell a further 3.5%, and gold stocks, which dropped 2.7%. In contrast, other major stock markets did quite well, with the S&P 500 and Euro STOXX adding 3.9% apiece.

In the national currency space, the US Dollar outperformed, rising 0.7%. The Japanese Yen and the Euro were weakest, falling 0.5% and 0.3% respectively. This puts the Japanese Yen at its lowest point in 40 years! USD Cash outperformed its bonds; the short term SHY gained 0.6% while the 20+ year TLT fell 0.1%.

Cryptocurrencies were the week's best performers. Bitcoin spiked higher on the 5th, and ended the week at 193.7 grams, up a solid 5.5%. But the smaller altcoins saw even larger gains; Ethereum rose 24.5%, and DASH (not in table) gained 14.0%. 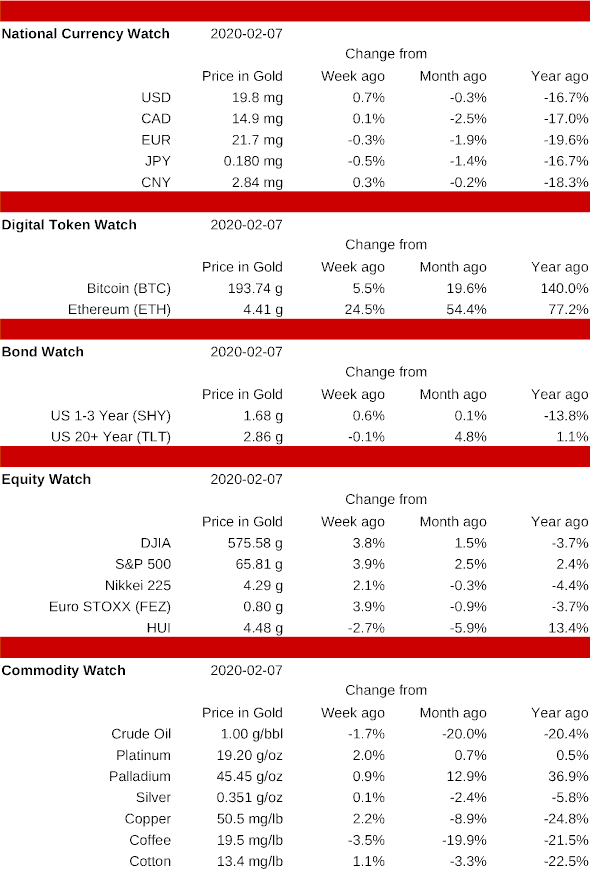